The data shows that Bitcoin funding rates fell to negative following the crash. This was due to market sentiment resetting.

As per the latest weekly report from Glassnode, market sentiment reset after the latest crash in BTC’s price as funding rates turned negative.

The “perpetual funding rate” is an indicator that measures the periodic fee that Bitcoin futures traders have to pay each other to keep their positions. This is a metric that helps us determine the direction in which leveraged positions move.

When the indicator’s value is negative, it means short traders are currently paying long traders to hold on to their position. A negative trend could signify that BTC’s market sentiment is bearish.

On the other hand, if the metric’s value is positive, it means the market shares a majority bullish bias as long traders pay a premium to the short traders.

Here’s a chart showing the change in Bitcoin funding rates during the last six months. 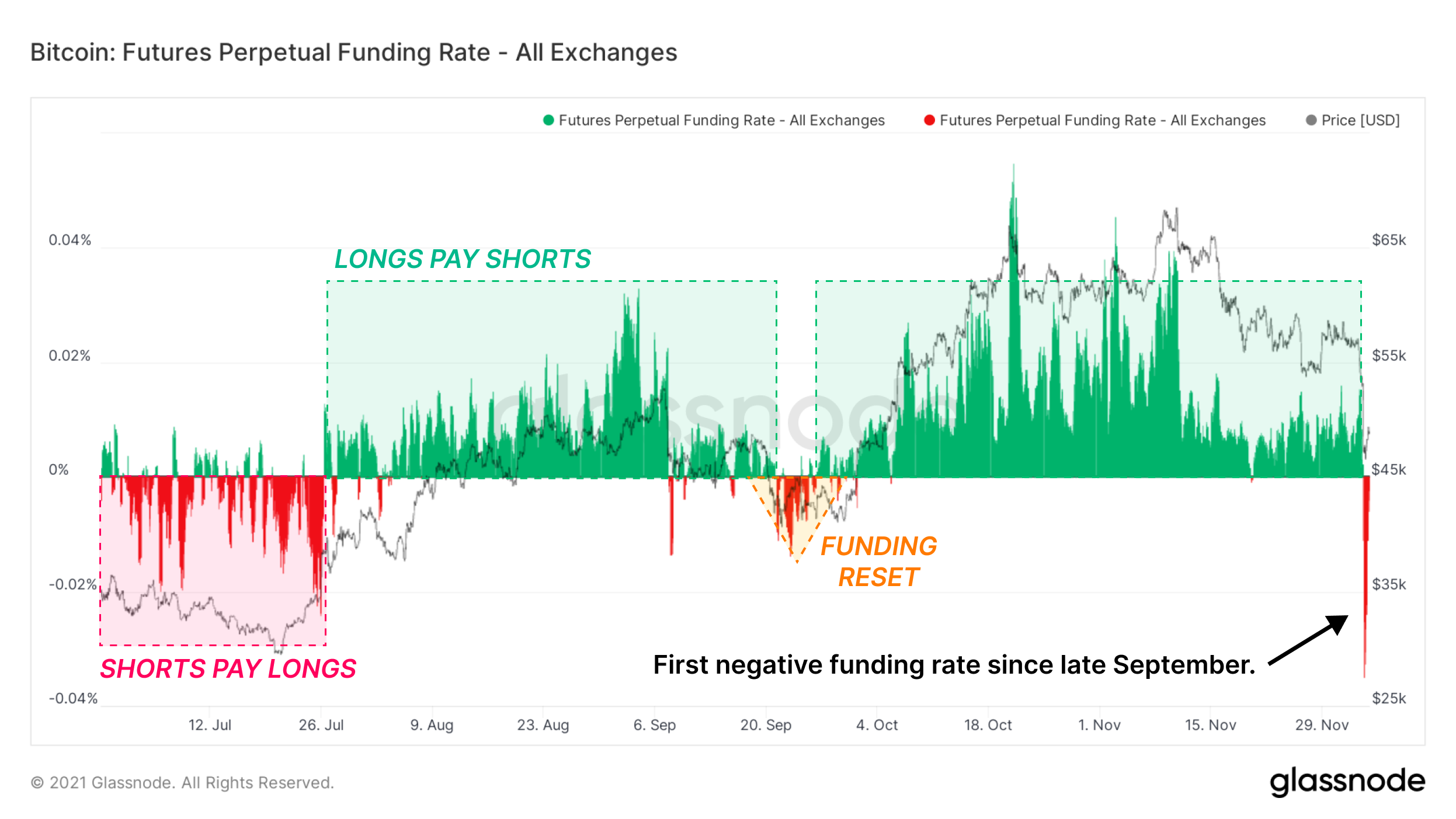 You can see that funding rates had been rising for months but then fell after the crash.

This is because of a series of liquidations that occurred after the crash. This situation could lead to funding rates being lower than expected.

The long liquidations led to $5.4 billion of open interest in futures contracts being flushed. Following this, funding rates fell to around 0.035%.

This is the first time that funding rates have been negative since September but such negative values weren’t present in July.

The flip from positive to negative indicates that Bitcoin market sentiment is now reset.

At the time of writing, Bitcoin’s price floats around $51.3k, down 12% in the last seven days. The crypto’s value has fallen 16% over the last month.

This chart displays the change in price for cryptos over the last 5 days. A few days back, Bitcoin’s price crashed down to $42k. The price quickly rebounded to higher levels. It then consolidated for a few days. The coin showed some improvement over the last day as it broke again above $51k.