Bitcoin NUPL indicators indicate that the market may be testing a support level which might signal a crossover between bearish and bullish trends.

According to the most recent Weekly Report from Glassnode the NUPL indicates that market is in a critical zone which can determine whether or not the next trend will be bearish or bullish.

On-chain indicators such as the Net Unrealized Profit/Loss are used to determine if the entire market is in profit or loss.

This is done by calculating the price at which each of the coins on the chain were purchased and then comparing that price with its current value.

If the indicator’s value is lower than zero it indicates that the entire Bitcoin network is profiting at the moment.

Here’s a chart showing how this Bitcoin indicator value has changed in the last year. 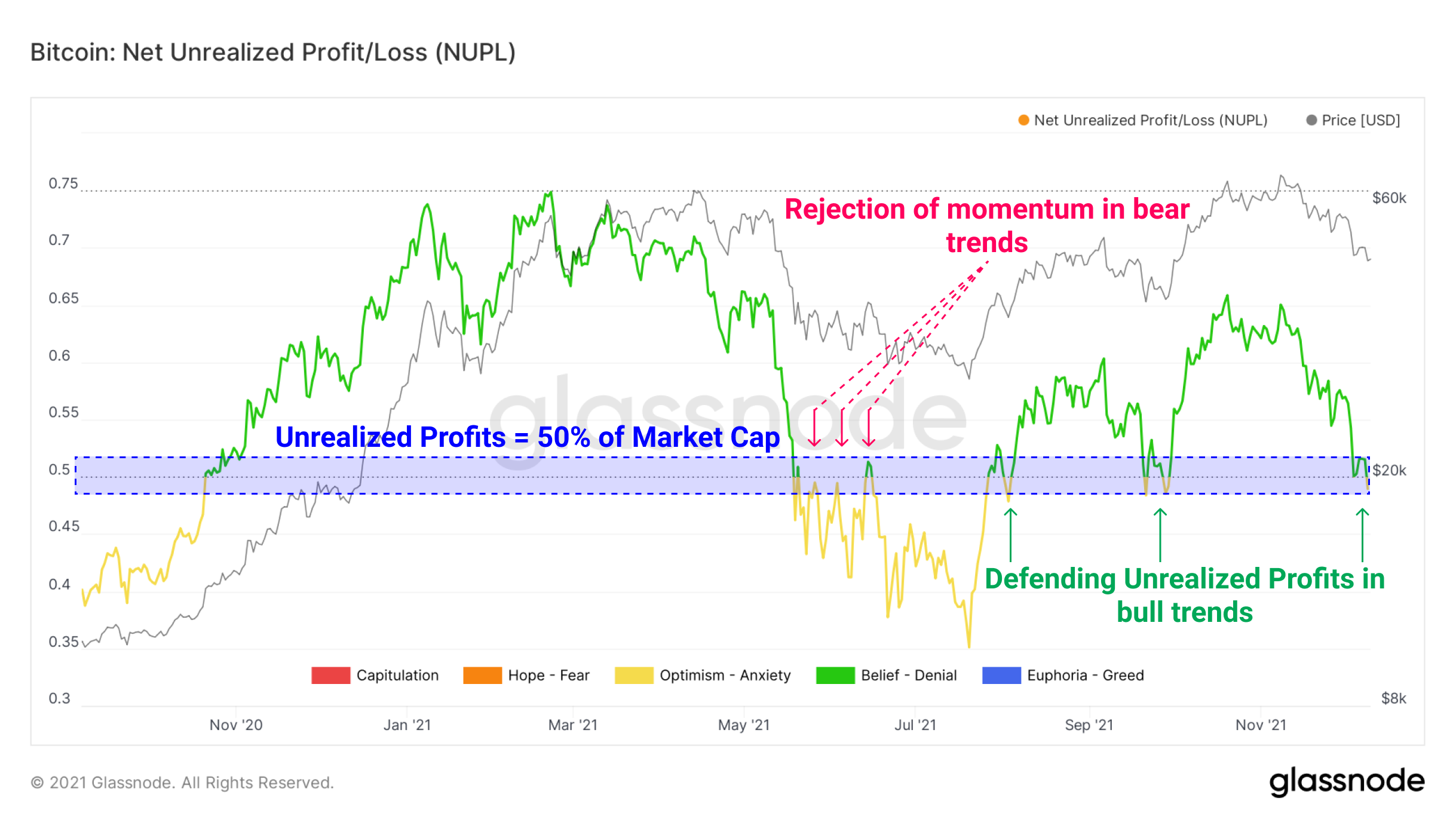 The highlighted area around the NUPL value 0.5 is evident in the graph. Half of Bitcoin market cap, at this level, is made up of unrealized gains.

This zone is described in the report as an historical battlefield between bulls and bears. This area is often used as resistance in bearish periods, and support during bullish times.

As the chart indicates, the indicator appears to have reached this area again. In the recent months, this kind of retest occurred a couple times and bulls held firm during them.

Back during the May crash, however, the support didn’t last and the indicator shot below the zone. The price fell with each touching of the zone.

It’s possible that the market might hold support here as well just like the last few retests. But it’s not set in stone; any transition down here could be bad for the coin’s price, just like how it was in May.

At the time of writing, Bitcoin’s price floats around $46.9k, down 8% in the last seven days. The chart below shows how Bitcoin has changed in value over five days.