At $58,200, the level of resistance will be near its highest point. A major contracting triangle is also emerging with resistance close to $58,200 in the hourly charts of the BTC/USD pairs. 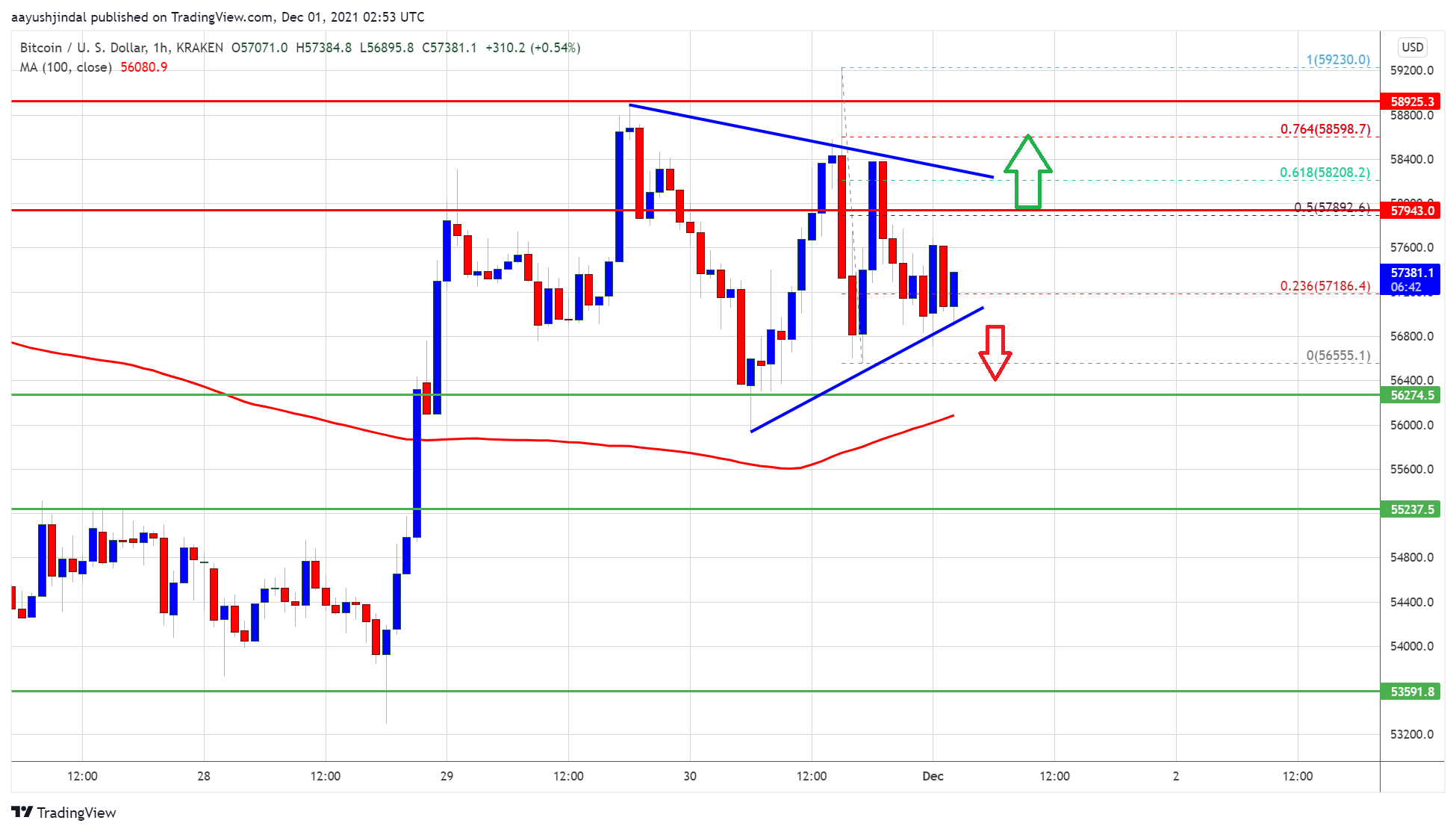 Bitcoin could begin a new decline if it fails to cross the $58,500 resistance level. The $57,000 mark is an immediate support level for the downside.

Hourly MACD – The MACD is now losing pace in the bearish zone.

Hourly RSI (Relative Strength Index) – The RSI for BTC/USD is currently near the 50 level.