Cardano, a software platform for developers has now entered the Basho era of its roadmap. It promises to improve the network’s performance and scalability.

Cardano’s roadmap is “a summary of Cardano development” divided into five eras to deliver improvements in diverse functionalities of the network that are “delivered across multiple code releases”.

Now that the platform’s core smart contract capability Plutus has been deployed, the launch of the Basho era focuses on scaling Cardano, promising “Parameter adjustments, improvements, enhancements and other innovations” supposed to increase the network’s capacity.

They also call it “an era of optimization”, promising to enhance the performance and interoperability “to better support growth and adoption for applications with high transaction volume.” It is supposed to bring high performance, resiliency, and flexibility to the network.

Scalability and interoperability are some of the main solutions that Cardano wants to offer as the “ethereum killer”. Cardano hopes to achieve millions of transactions per second through Hydra, the second-layer solution to Ethereum.

On the interoperability’s side, the Basho stage will introduce the sidechains, “new blockchains, interoperable with the main Cardano chain”, which eventually intends to allow the blockchains, with different architectures and codes, to be able to communicate: interoperate.

The Cardano Roadmap explains that “Sidechains can be used as a sharding mechanism by off-loading work from the main chain onto a sidechain to increase the capacity of the network. They can also be used to introduce experimental features without affecting the security of the main blockchain.”

Similarly, this stage will also introduce parallel accounting styles: “the ability to support and switch between UTXO and account-based models will be added using sidechains.” This is also meant to enhance interoperability and “support new kinds of use cases on the network.”

“Building on these foundations, and steadily increasing capacity and throughput to deal with the growth in the DApp ecosystem and onboard first hundreds of thousands, then millions of new users. From DeFi degens to citizens of developing nations.”

Cardano was widely criticised for slow starting. Many thought that the platform was slow to get off the ground. This is despite it taking a while for its first smart contract to be deployed. Frederik Gregaard is the Cardano Foundation CEO. He claims that launch functions are carefully planned and tested with peer review.

This time around, the Basho stage’s launch report noted that they expect “periods of high demand, network congestion at times”, but they see it as part of the ‘journey’ and added that they will be maintaining a “considered, safe approach”.

“We’re on an exciting journey and usage will be high. Although we might sometimes be impatient at times, it is necessary. Here’s how we will optimize and scale as we grow.”

Basho Era: What It Promises to Solve

The optimization and scalability improvements have been divided in the report between “on-chain solutions” and “off-chain solutions”. This is the problem they are trying to fix:

To learn more about on-chain options:

You may also like these related readings| Cardano’s Ecosystem Explodes, Why ADA Could Be Quick To Resume Bullish Trend 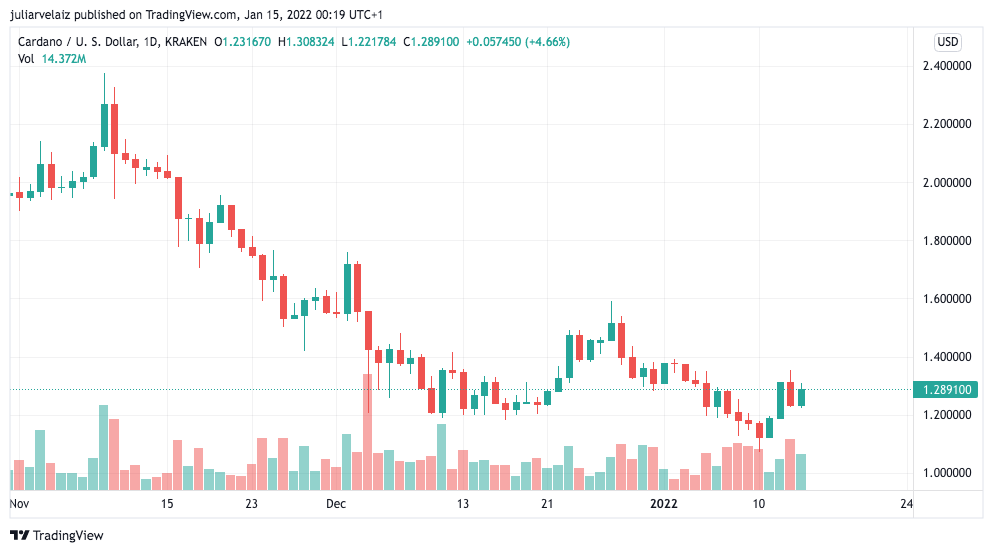