Bitcoin dropped sharply to below the $45,500 support level against the US Dollar. BTC might recover, however upsides may be limited beyond $45,000

Bitcoin prices failed to break the $47.500 resistance zone, and they began a significant decline. BTC dropped significantly below the $46,000- and $45,00 levels. 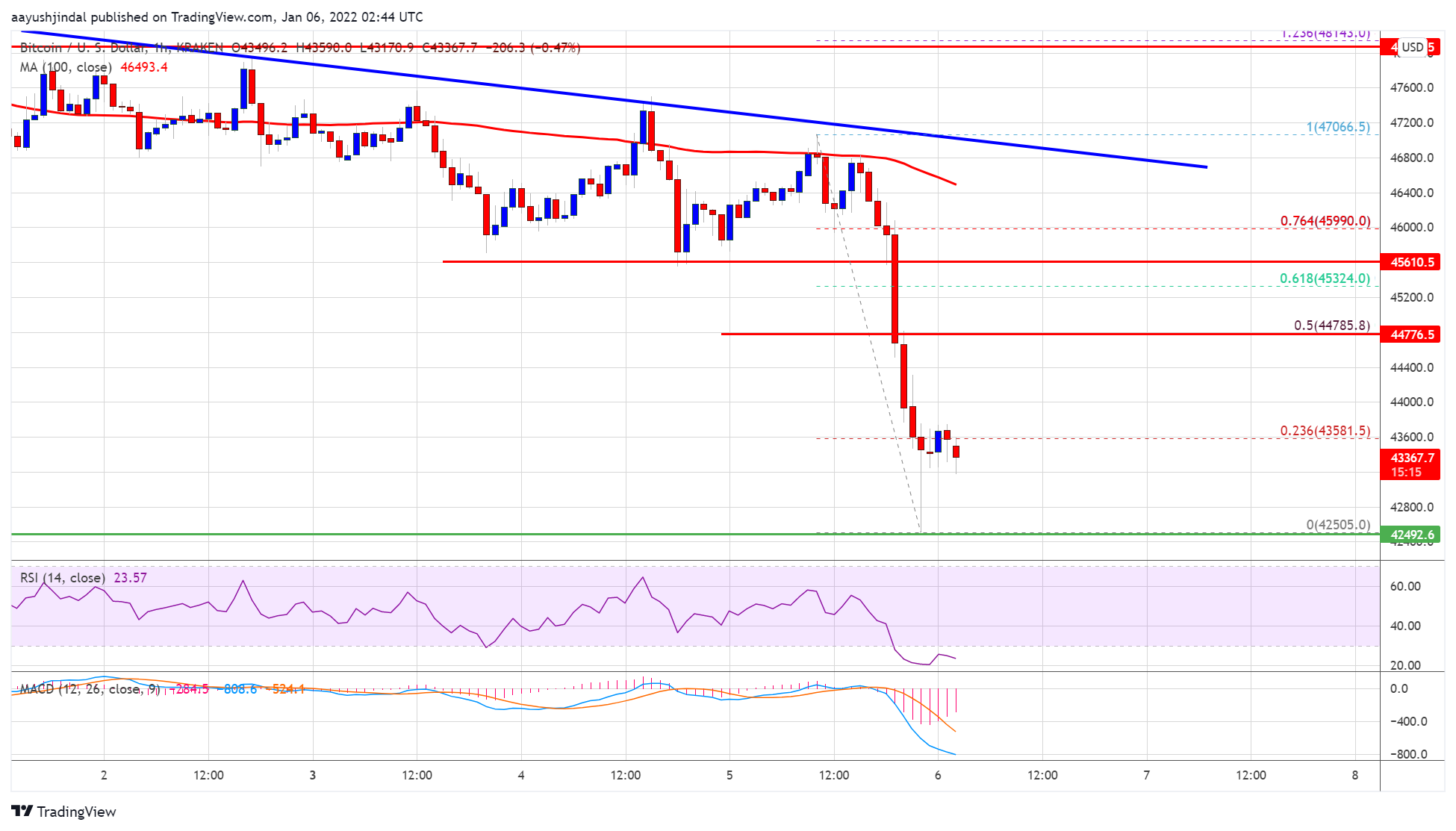 Hourly MACD – The MACD is now gaining pace in the bearish zone.

Hourly RSI (Relative Strength Index) – The RSI for BTC/USD is well below the 50 level.