With more than 2.5 M ELF tokens/ $2.34M in locked mainnet governance systems, there were 4,593.284 valid ticket(which equals to more that 4.5 M) and a globalized node election which opened on Nov. 18, 2021. All candidates will be eligible to join the governance system. They can choose or vote using locked tokens. This publication allowed the immediate listing of qualified candidate nodes. The list includes blockchain giants like Huobi Pool8BTC and bountyblok.

Why is it important? How could the elected nodes contribute to the construction and development of aelf’s networking? In this article, we will walk you through why this event has attracted qualified candidates; how the community could benefit from democratic voting; and we will take a glimpse into aelf’s promising ecological future.

One hand, the threshold for becoming an aelf producer node is low and you can earn high APY. Cloud service centers are used to run aelf nodes. The costs for these services are much lower than those of traditional physical forms. To participate in the election, candidate nodes must stake 100,000 ELF tokens. Production nodes of aelf’s mainnet may receive income at APY greater than 95.6% once they are elected. These three features make Aelf an attractive option for nodes compared to other options on the market.

There is an extremely lucrative incentive mechanism available on the aelf mainnet. ELF holders may be eligible for weekly Citizen Welfare by using their token assets to vote in the election. Citizen Welfare equals 75% to the main chain dividend stream. 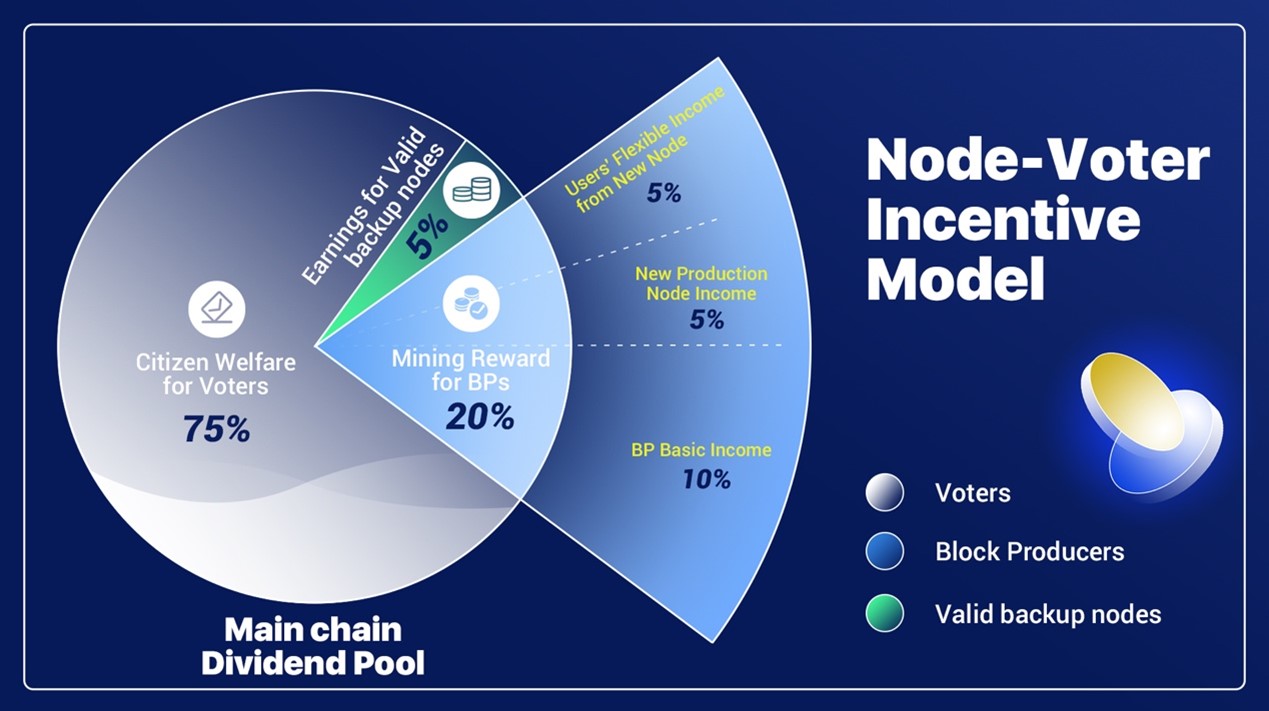 “aelf voting session is a zero barrier to entry free system, connecting voters who are looking to support quality Block Producers (BPs) while being rewarded with a percentage of the additional BP income,”Haobo M, chief executive officer of aelf.

The Constructors’ Feedback to the Network with Integrated Capabilities

Similar to PoS’s proof-of-stake consensus, aelf has deployed an AE-styled delegated POS consensus where validators vote for the rest of token holders.

According to aelf 17 elected BPs are expected to participate in verifying transactions within the network. Once elected, the BPs are responsible for ensuring that the network is accurate and integrity by reaching a majority consensus regarding data or transaction blocks to add to it. BPs not only hold an ELF tokens stake, but also make investments in infrastructure, community support and development.

Shortly, BPs will join mainnet aelf’s inaugural Top of OASIS hackathon as judges. They will be the final decision-makers for sidechain auctions later this year and other events. They can make an impact on the sustainability of gradually opening ecosystems.

The aelf group will have more information. TwitterTelegram