Less than two weeks are left before the start of one of the most anticipated blockchain games of 2021 — Cryptosnake. More than 60000 members are already waiting to join the Cryptosnake community, which now has 60 million. Two whales purchased two NFT game artifacts each for 100,000 dollars. Over 500,000 USD has been spent on game artifacts since the beginning of the game.

Info:Cryptosnake, a crypto-play-to-earn (P2E) game that uses DeFi and NFT is the first game to use the BEP-1155 blockchain standard. The gameplay is based on the nostalgic “Snake”. It is expected to be released on November 30th.

The SNAKE token (SNK), which is a token representing SNAKE, continues to increase in value, increasing the entry threshold. For 1 SNK, the price started at 0.01 USD. The cost for the basic playable character, the Dasypeltis Snake (or the Dasypeltis), was then $22. The same character is now available for purchase at a cost of approximately $800. 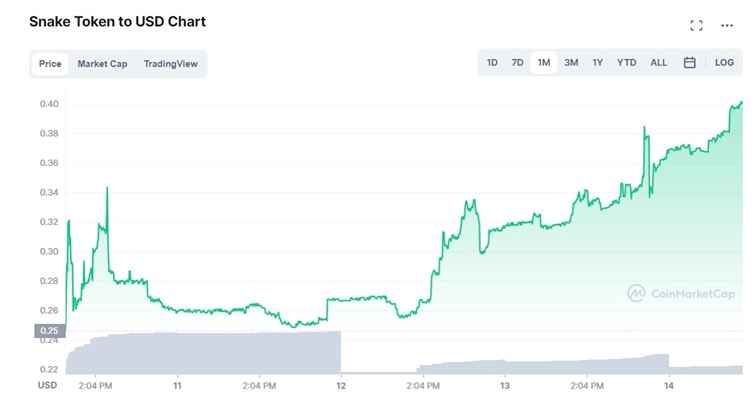 Since the launch of SNK token sales, the rate for SNK tokens has increased significantly. Even higher demand than anticipated was seen for the in-game currency. In total, more than 280 million tokens have been sold to date (about $95 million at today’s rate). Strong shocks included the listing of Coinmarketcap, and the liquidation.

There are also three scenarios that could occur.

While there are risks associated with new projects, these projects can help you earn more. The optimal strategy, besides the pessimistic outlook, would be To buy SNAKE tokens quickly and to wait. It is highly unlikely that the rate will fall sharply between now and November, therefore we are able to hold. Additionally, the day of release, you can choose to sell tokens or purchase a character, and then start the game. 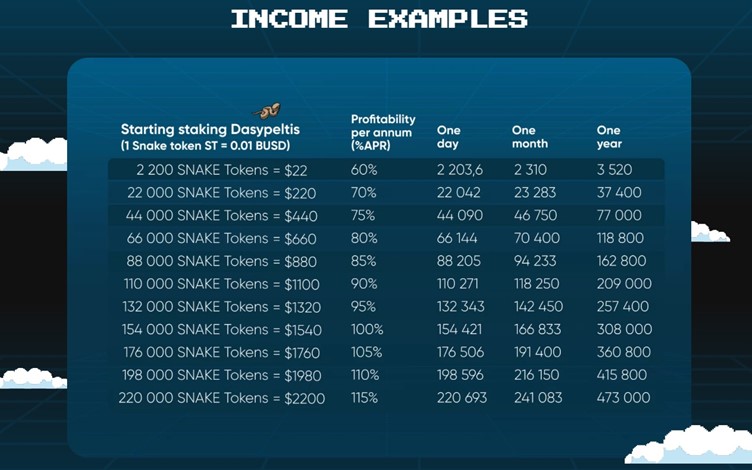 If the game is successful, then the second option may be the more lucrative. This will happen because first players can earn more by staking. The APR rate for the first six months of players signing up will vary depending on their snake type and TVL balance. Artifacts can also be used to increase the APR, however they are only available on the secondary marketplace.

You canBuy a SNAKE token for PancakeSwap paired up with BUSD.

The Telegram page and the website provide more details. The project will be a success if these two weeks are not wasted. Cryptosnake’s development will certainly be an interesting watch. Do you agree?