Bitcoin saw an upside correction at the $48,000 resistance level against the US Dollar. If the close is above $50,000, BTC may gain momentum.

This upward movement was so strong that it broke the Fib Retracement level for the decline from $48,762 swing highs to $46,666 lowest. A break was also observed above the connecting bearish trendline with resistance at $48,200, as shown on the hourly BTC/USD chart. 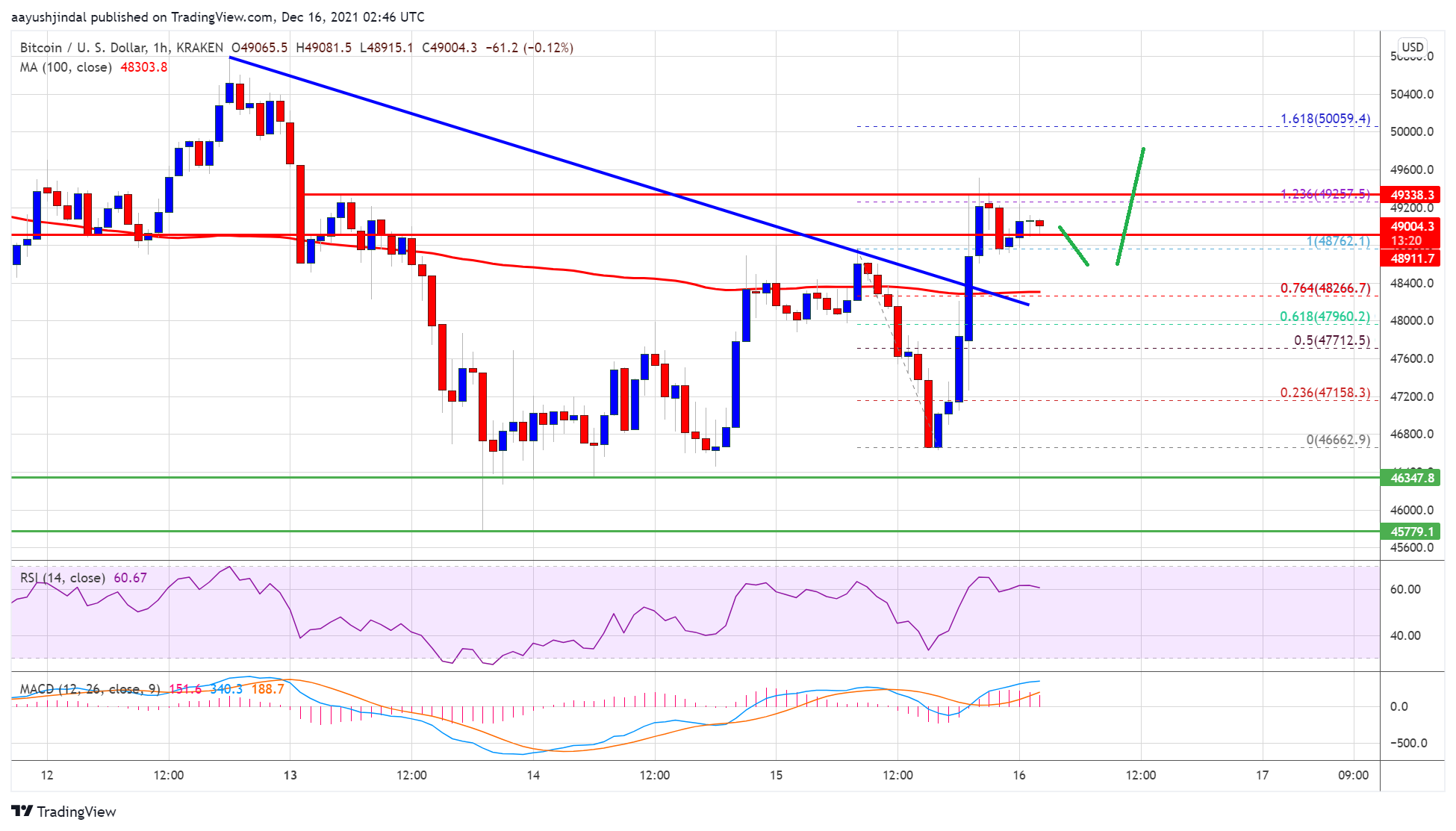 It could initiate a downward correction if bitcoin does not clear the $49250 resistance area. The immediate support for the downside lies near the $48,250 and 100 hourly SMA levels.

Hourly MACD – The MACD is slowly losing pace in the bullish zone.