Bitcoin forms a double bottom pattern in the vicinity of the $45,500 area against the US Dollar. BTC is on the rise and could see an upside breakout above $47,000. 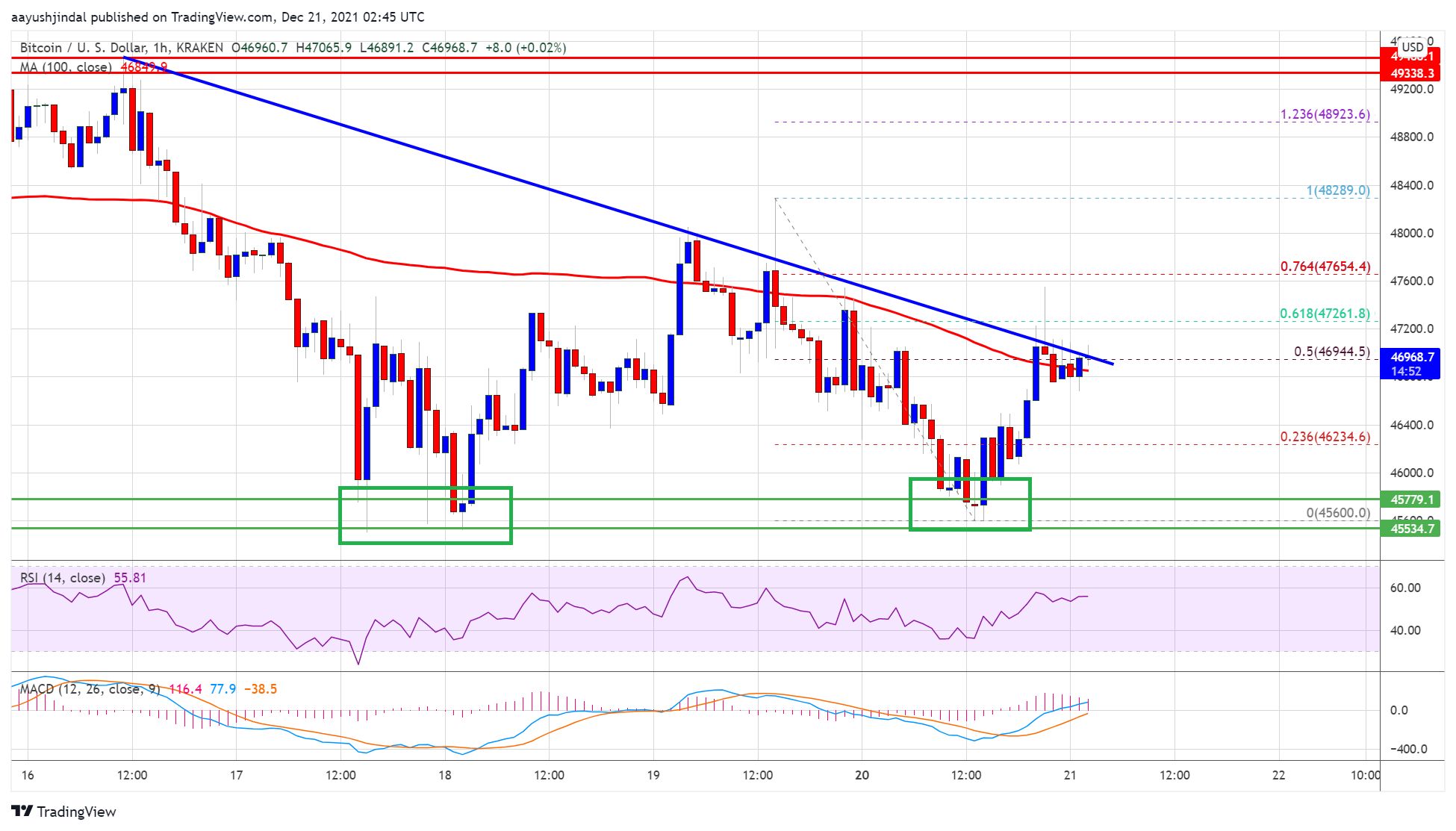 Bitcoin could begin a new decline if it fails to break the $47,000 resistance level. Near the $46,500 mark, there is immediate support to the downside.

Hourly MACD – The MACD is slowly gaining pace in the bullish zone.